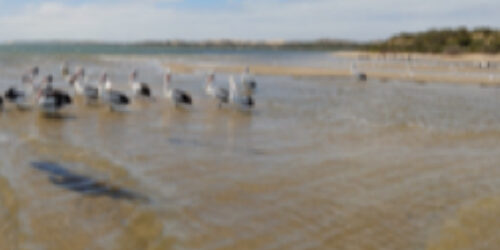 Members of the River Lakes and Coorong Action Group will take us on a quick interactive tour of the Coorong, an internationally-recognised wetland and important breeding ground for many species

The River Lakes and Coorong Action Group (RLCAG) is an independent local community organisation formed in 2006 to stop the building of a weir at Wellington. Since then we have advocated for the health of the whole Murray Darling Basin system, through making submissions and holding symposia, meetings and campaigns. Membership of RLCAG includes community members, farmers, fishers, scientists, environmentalists, tourism operators and other small business owners from around the region of Lake Alexandrina, Lake Albert, the Coorong and Murray Mouth. Members of the organisation, in particular founding member Henry Jones, were closely involved in the development of the Murray Darling Basin Plan.

As our Patron Gloria Jones says “The River is the main stakeholder in our organisation.” We support the Murray Darling Basin Plan but we are critically concerned with the health of the river system as a whole, with a fair allocation of water for all users as well as the environment.