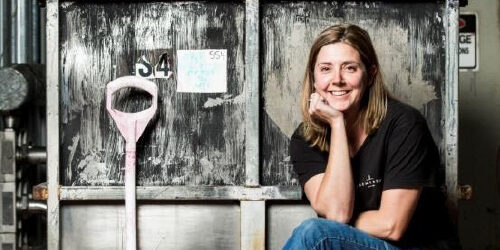 Winemaker Rebecca Willson has given her family’s Langhorne Creek winery a foothold in the highly competitive boutique wine market since taking on her first sole vintage at the age of 25.

Upon her return from a vintage in Sonoma Valley in time for the 1997 vintage, Rebecca took full control of making Bremerton’s wines at Bleasdale winery whilst undertaking part time study toward her Oenology degree which she completed in 2000.

Rebecca is passionate about working with Langhorne Creek fruit, which has an excellent reputation for consistently producing high quality red wines. She is committed to promoting the Langhorne Creek wine region, hoping to elevate its global recognition.

2002 – Finalist in the Australian Young Winemaker of the Year awards

2003 – Finalist in the Australian Young Winemaker of the Year awards